Can we say HILARIOUS?  Dustin Pike does it again and this is another one of those sets that wont last long in the Whimsy store!  I.Just.Can’t.Stand.It!!!!  I used every image to create a card out of this set…and more to come!  This set also comes loaded with slang words that are super fun. 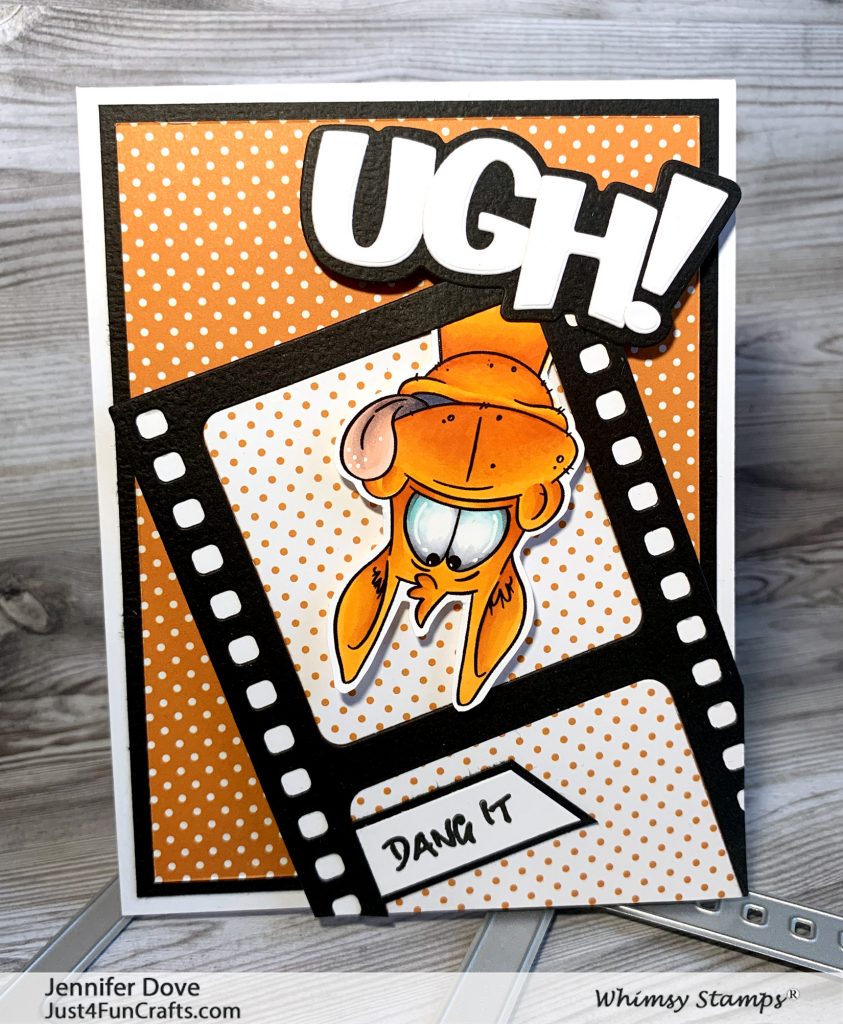 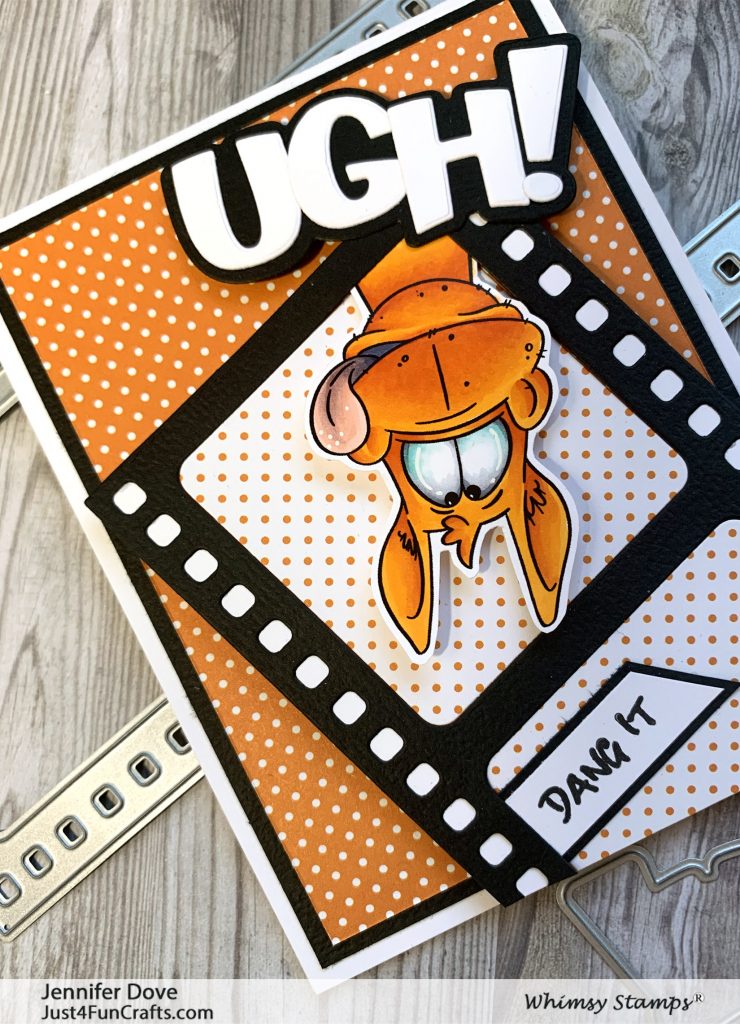 This is actually a simple layout to create if you have these cool dies that I used.  I started the card by adding a dot paper to a black layer of cardstock, and adhering it to the base of the card.  Next, I took the the Film Strip die and cut out a piece of black cardstock, as well as the white pattern paper with orange dot.

Any of the images from this new set would have worked for this card, but I decided to use the upside-down donkey image.  After coloring up the image from Wonkey Donkey, I hand cut it out.

The sentiment on the bottom is from the Wonkey Donkey set, and was simply layered onto a small black mat.  The “UGH!” is a cool Word and Shadow die from Whimsy stamps, and was popped up on the top edge. 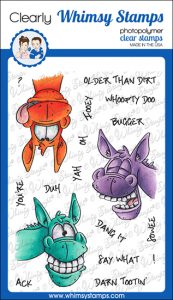 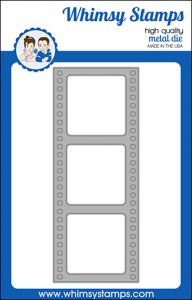 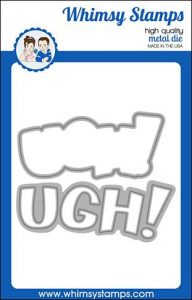