Are you ready for the latest mini release from Whimsy Stamps?  You must check out this stamp set from illustrator Dustin Pike.  You know he is my favorite right?  He has done it again with these great buzzards.  You can find the whole release HERE. 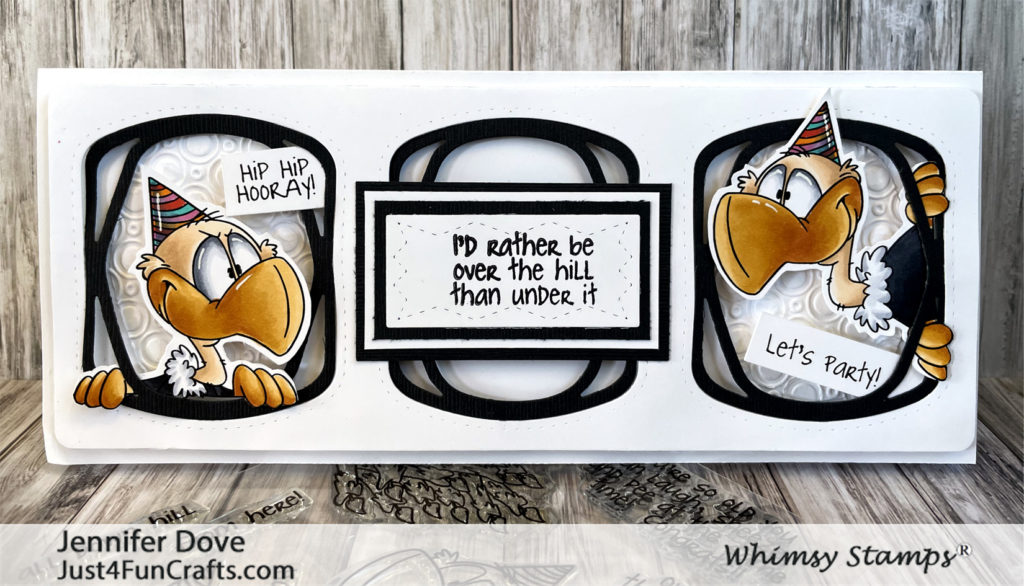 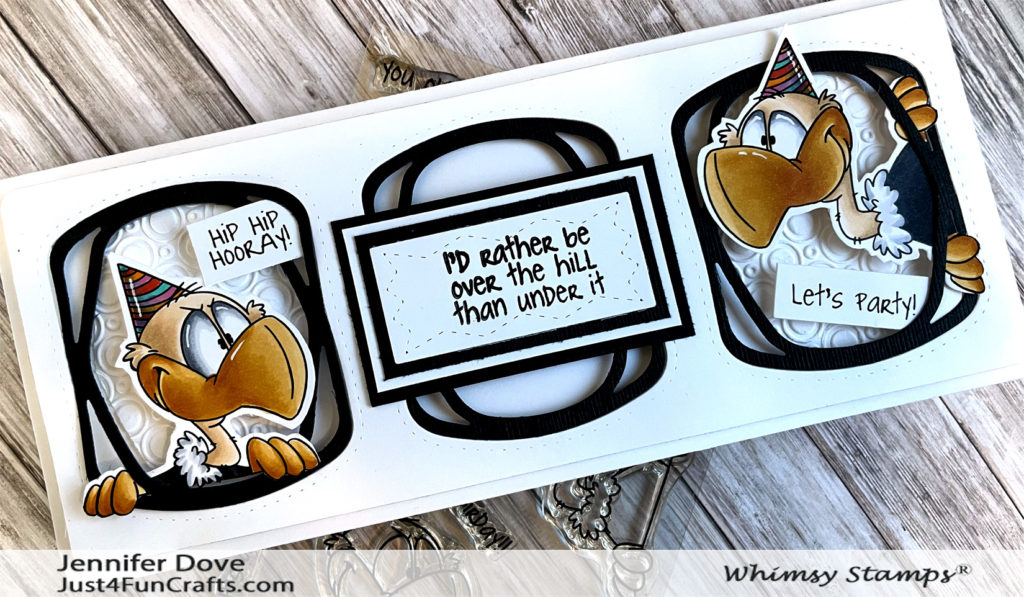 I die cut a white front panel using the Slimline Observation Deck die (coloring the frames using a black marker), and popped it up off of an embossed layer using the Diagonal Dots embossing folder.  After coloring the buzzards from the Old Buzzard stamp set, I placed them into the open windows of the die.  The center portion uses a sentiment from this set, and the outer windows used sentiments from the Old Buzzard Too stamp and die combo.  You are going to love this stamp set, and all the fun sentiments the go along with it.