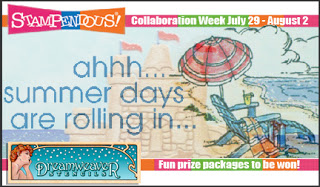 It’s fun in the sun time again with out collaboration between Stampendous and Dreamweaver Stencils! We have been playing together all of this week, and today is our fabulous hop featuring a slew of amazing talent from both teams, and of course…prizes!!! 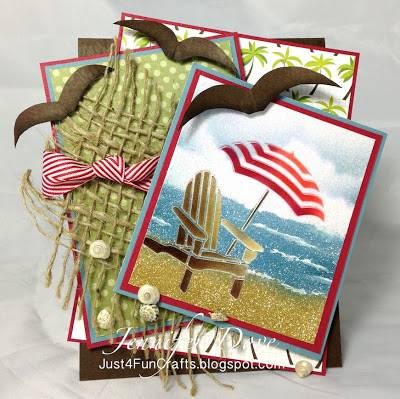 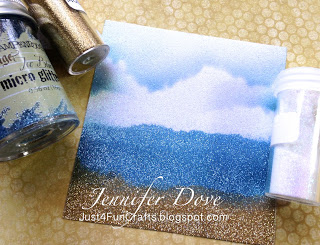 I used a piece of double sticky paper and poured Gold micro glitter on the lower 1/3 and burnished it in.  I then added the Ice Blue about half way up and tapped the extra off (downwards over the gold as to not contaminate the top portion).  Burnish the Ice blue in so make it shine.  For the final portion I added Crystal Micro glitter and tapped off the excess and burnished in.  Next I took a paper towel and tore the upper edge.  Using the paper towel as a mask I airbrushed using my Copic markers and airbrush system. 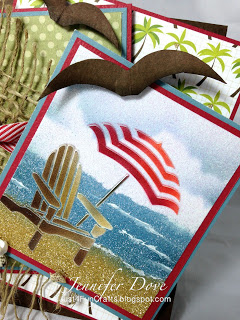 The next thing was to create the scene.  I taped the Beach chair down on top of the glittered paper.  Using a palette knife and paste spreader I applied the White Embossing paste.  I quickly removed the stencil (and washed it as well as the tools) and set aside to dry.  After it was completely dry I placed the stencil back over the paste and using it as a mask I airbrushed the colors I wanted for the chair and umbrella.  Using a small Palette knife I applied some more white paste over the Ice Blue micro glitter to give the appearance of waves.  Let completely dry before assembling your card. 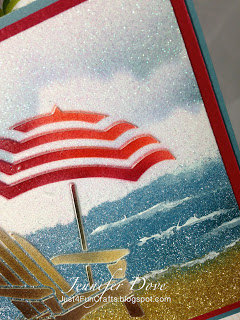 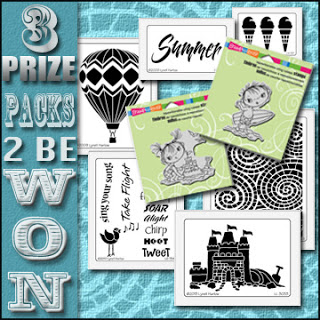 Now, hop on over to the next in line. Don’t forget to leave some love for a chance to win, and just ‘cuz it’s nice!

33 thoughts on “Fun In The Sun with Stampendous and Dreamweaver”